Doctor Who: The Lie of The Land Review

This week is a Toby Whithouse oddity. I mostly enjoy his work on Who. I’ve enjoyed every episode he’s written with the exception of Under the Lake/Before the Flood, and even then I thought they were average Who episodes rather than terrible ones. I had high hopes he’d end the monks trilogy with a bang. Alas, it was not to be… 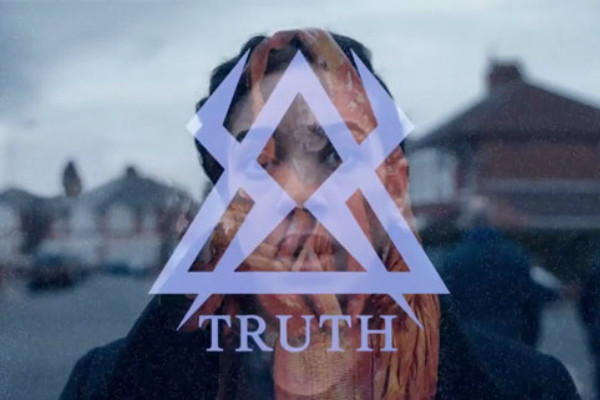 So what happens? The story kicks off a little after we left off last week, with Bill and Nardole trying to find The Doctor to end the monks totalitarian rule of earth. The opening fifteen to twenty minutes reminded me of a combination of the superior Turn Left (one of the best episodes in Donna Noble’s run) and The Last of The Time Lords with Martha’s quest to stop a mad Master plot. The monks show humanity over and over via ‘truth’ sound bites aided by a captured Doctor who speaks live into people’s minds about the benevolence of the monks who have aided human development and history so altruistically. Up until his companions find The Doctor, I really dug the episode.

The Doctor and his Companion

What went wrong? The Doctor’s explanation of why he’d choose to help the monks makes sense, but it felt off that a) Bill shot The Doctor and that b) The Doctor would devise such a cruel test to check in on Bill’s independance from the monk’s. It’s not that it’s a bad idea on Whithouse’s part, it’s that it doesn’t really have enough character basis from previous episode’s or this one to help the audience to agree that both Bill and The Doctor’s actions are reasonable.

And what’s worse, the script makes the mistake of not giving people consequences for their actions. True: this is something New Who has never been good at (Look no further than the selective forgetting that was Ten from Waters of Mars to End of Time or Kill The Moon Clara to Mummy on the Orient Express Clara). In general, I find that script writers for drama shows are terrible at committing to character consequences they themselves have set up. And this sort of shoddy writing was just as annoying in this week’s episode of Who as it is when I find it elsewhere in drama. Surely Bill should be proper traumatised by The Doctor’s actions. Surely she should be pretty angry at him, if not immediately given the monk invasion problem, by episode’s end. She’d be feeling betrayed, a lack of trust, rage, hurt, confusion. Shed be questioning the morality of the Time Lord she finds herself travelling with.

And then we get to the second annoying writer trope I always see in TV drama, which annoys me every time I see it: raise the stakes by claiming someone important to the viewer has to die, and then come up with hand wavey nonsense to justify why said person makes it to live to another broadcast date. Sometimes narratively a character has to say goodbye, and if, as a writer, you don’t want that character to die, don’t set up a story scenario which relies on the character dying for full emotional and dramatic satisfaction. Missy is truly wonderful when she tells Bill, Nardole and The Doctor that Bill needs to die to stop the monks, but it all feels wasted in the end.

The Power of Love

The ability for love to conquer evil has long been a preferred Moffat theme. As a viewer, I am generally in the group of people who doesn’t have much of a problem with this particular theme, especially in the Smith era, which was told through the prism of a fairy story structure anyway making the love theme easier to swallow. However, I don’t think it has as much place in Twelve’s era. It came up in the series 8 finale with Danny and Clara, and was mildly annoying then, though at least the love theme made sense in terms of deleted emotions and cybermen. This time around, I have absolutely no idea how Bill’s memory’s of her mother damaged the monks. I am not quite sure how Bill isn’t dead.

At least the episode ends on a high with Missy. I could watch Michelle Gomez as Missy, especially a more muted Gomez as she is in this series, forever. My partner and I would both be happy campers at the Missy o’clock spin off show, comprised entirely of Missy messing with everyone she ever meets and killing off a lot of her temporary companions in nefarious plots geared at either saving her own skin or world domination of some kind.

Surely no one thinks Missy has reformed. Surely The Doctor doesn’t believe it. Though oh how much he wishes it might be so. Missy is the scorpion stinging the frog even as it float’s on the frog’s back. Missy is putting your hand into a jar of poisonous, hungry spiders. Missy is snake venom dialled up to eleven on the pain scale as it works through the bloodstream. And this end scene just makes her all the more chilling. Crocodile tears or the real deal. Somehow I don’t think it matters much either way…

The Lie of the Land: 5/10 inky stars for the weakest episode of the series so far…

Next episode is Gatiss. Yawn. Moving right along.

2 Responses to Doctor Who: The Lie of The Land Review